Raquel Fernández Megina and Jesus Guerrero Ibáñez, president and member of the organisation´s board of Nofumadores.org respectively had the chance to represent this NGO at the International Congress on Tobacco Control that the European Network for Smoking and Tobacco Prevention (ENSP), from which they are members and which took place from the 6th of the 8th of July in 2022 in Heraklion, Crete.

Both of them used the opportunity to make new contacts with some other European partners of the ENSP to strengthen the already existing ties and create strategic synergies both with their European counterparts and with the large number of Spanish representatives of other associations involved in the fight against tobacco use. 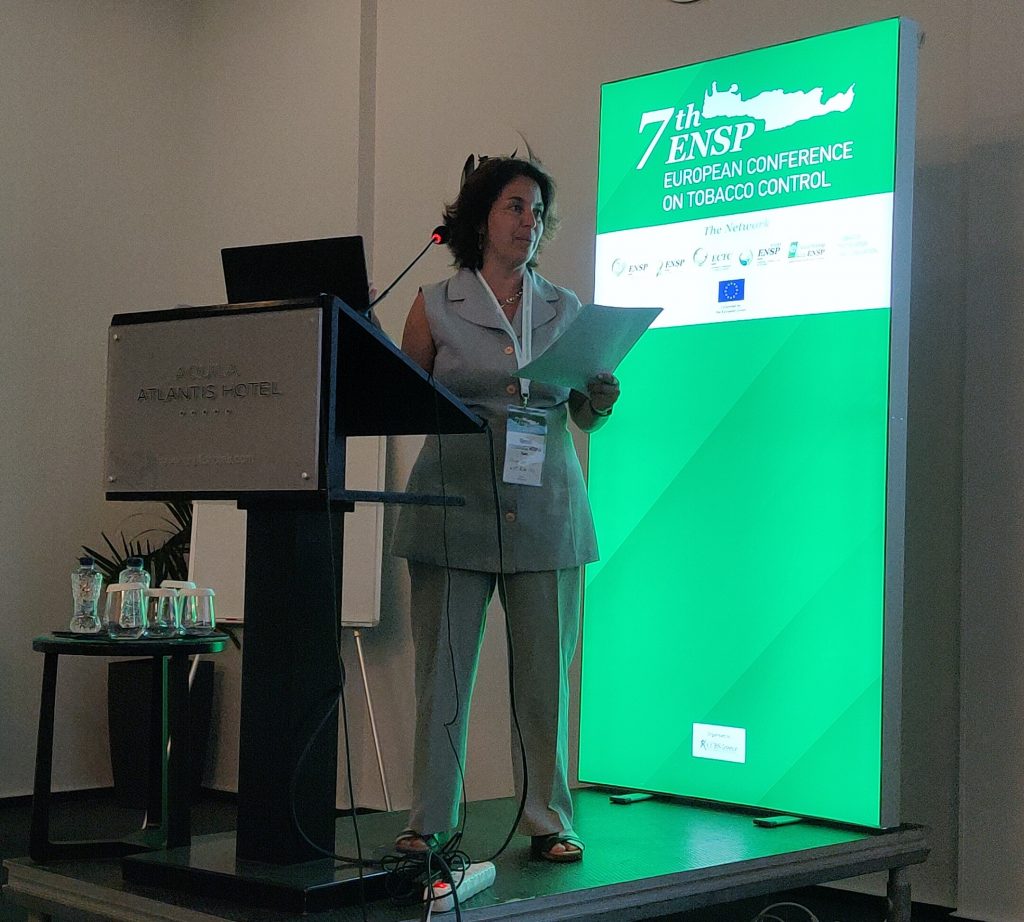 Fernández Megina presented two papers within the framework of the Congress. The first of them, entitled «La Graciosa smoke-free: Philip Morris’s greenwashing on a Spanish island and the Smoke-Free Culture certificate», within the Roundtable organized by the WHO «A way forward to protect our environment». In it, the president of Nofumadores.org explained Philip Morris’s greenwashing strategy by using the Smoke-Free Culture certification, empty of tobacco control content.

The second presentation dealt with the Smoke-Free Beaches campaign that the association has carried out in Spain and that has clearly helped both to increase the number of beaches that are declared smoke-free spaces and that a clause has been included in the waste law that allows municipalities to create municipal ordinances that penalize with a fine up to €2,000 for smoking on the beach. 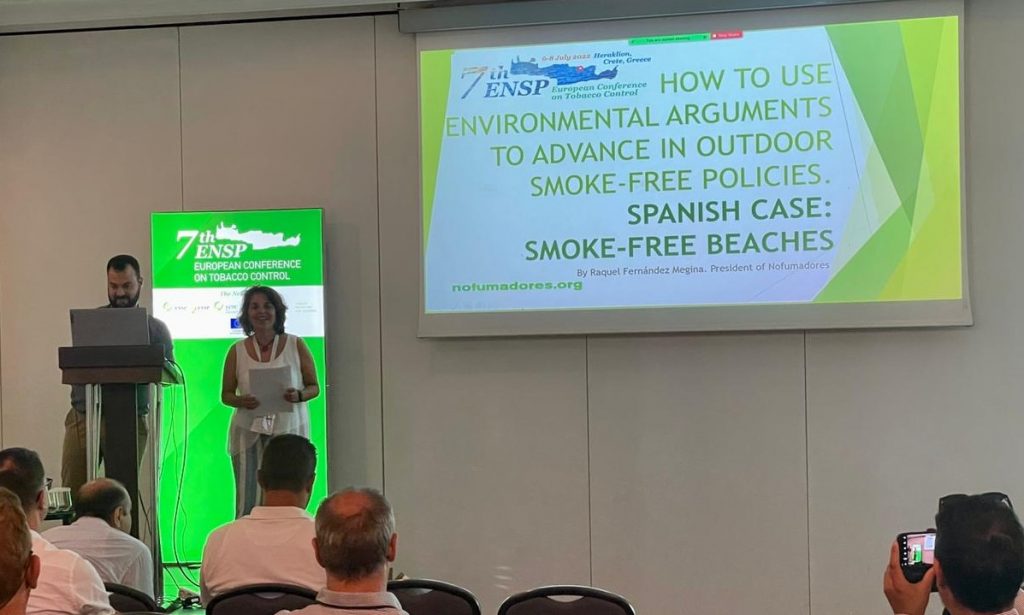